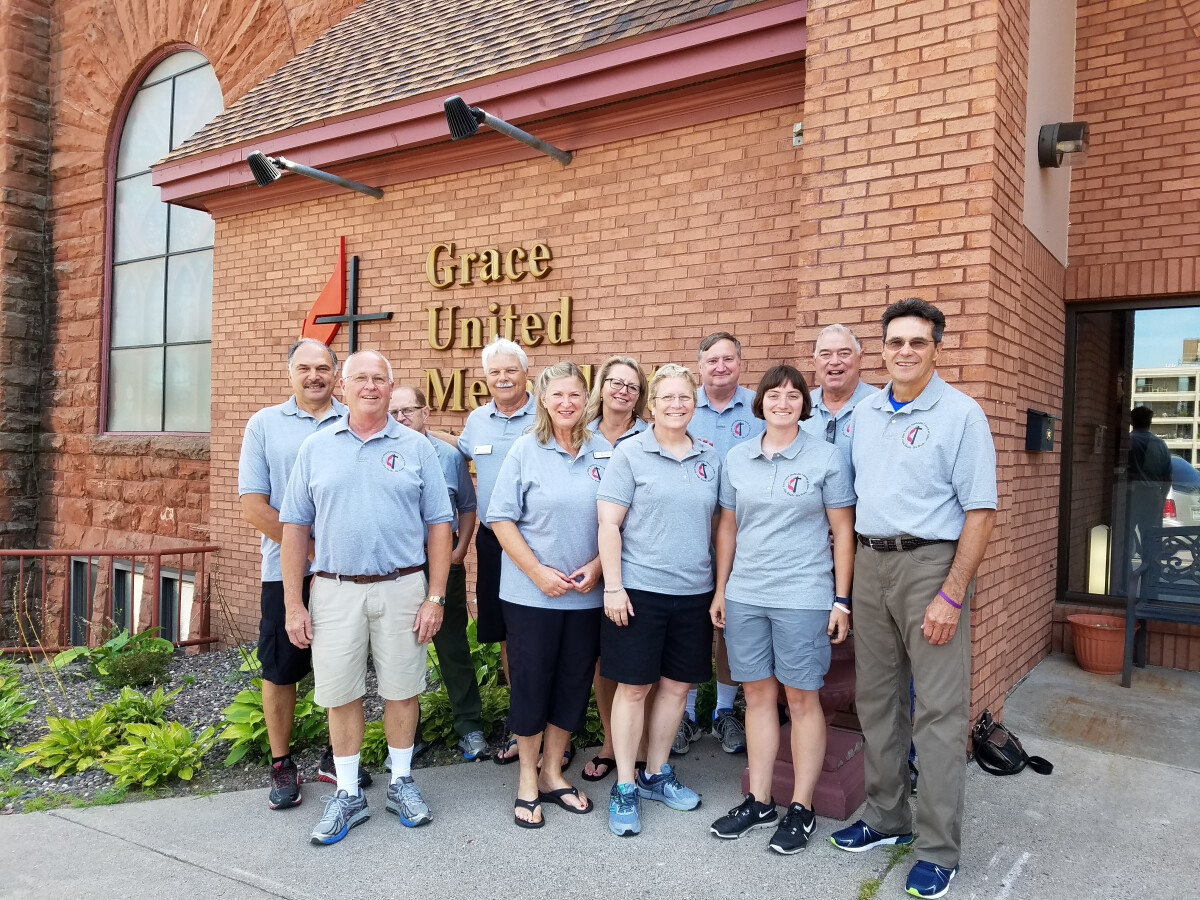 Day Two at the Worksite 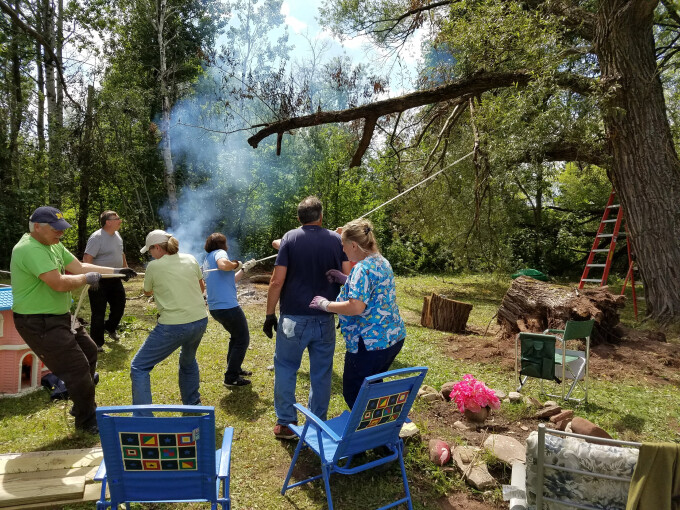 Breakfast again. Go figure. Followed by devotions and singing. Today's message was about Peter and Christ's willingness to accept us and use us for the betterment of his kingdom even though we are sinners and continuously make mistakes.

Then on to the work-site. We have met the family who lives there and they are really grateful for our work and even pitch in to help when they are around. Much more work was accomplished on the deck but there was a lot of conferencing going on and measuring and remeasuring. Ed cut the spindles and Dick and Sharon installed them. Carl used the circular saw to cut off the tops of posts and raise a few as well. It's beginning to look really nice. Tomorrow we should be able to put a cherry on top of it and call it done.

What will never be done is the yard work. Trees, twigs, limbs, bushes, weeds, and tons of brush have been chopped down and burned on the side yard. E Ray has unearthed a basketball pole, two basketballs, and a giant metal gate. B and Kaitie cleared many trees and limbs. Actually creating a trail to the road.

Carl traditionally bumps his little bald head and today was the day. It's just a little boo boo, but now it's out of the way and he can continue to work in peace without wondering when it's going to happen.

Randomly yesterday a part of the side porch Wrought Iron Railing fell off onto the ground. Steve and Joe to the rescue. Safe passage to the side door has been restored.

Joe was up on the roof patching various leaky spots. Carlos made many runs up the ladder with his chainsaw. Steve repaired the mailbox post using only his bare hands and of course Kaitie to haul water for the cement and check out the posts levelness.

Sharon took a break from the deck and weed whacked around the other side of the house. Tammy and Sharon also worked on chopping down a big bush patch in the front of the house.

After showering, we enjoyed an amazing spaghetti meal cooked by Joe. Thanks Joe. Many other hands helped as well. Thanks for your continued prayers.

Take a look at this week's mission trip photos here.

Day One at the Worksite 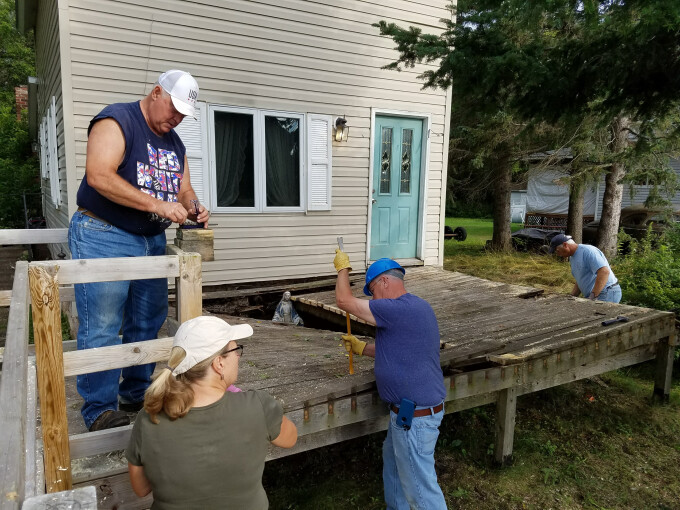 Breakfast at 7:30 am. Devotions at 8 am brought by E Ray to get us in the mission mood. Message was "Here I Am, Send Me" with some music by Tammy. And by 9 am we were off to Lake Linden, Michigan. Badda Boom Badda Bing! One old rickety leaning rotten squishy deck down just like that. Everyone helped to dismantle it. Lots of pry bars in motion. Sharon's new nickname is Rosie the Riveter after screwing and unscrewing a zillion screws today. Shovels and post-hole diggers were in full swing. Constantly measuring our progress. We felt like we were digging to China. Sawzalls and chainsaws were screaming at full steam through the quiet U.P. atmosphere. Levelers were used in all sizes. One quarter bubble off was heard mentioned a lot. Today it was all framed in and ready for the top. It should be completed sometime tomorrow. Kaitie spent hours mowing and remowing, weed-eating a mountain of weeds and hauling grass. Carlos cut down multiple trees and limbs. Lots more to do there. E Ray trimmed many limbs on the evergreens. B started a burn pile and loaded up a wagon of trash to be hauled off.  The last hour was spent working in the rain.

After we got cleaned up from the work day, Joe made us a nice chicken dinner and Sharon shared her home-grown beans. Delicious! For dessert we celebrated Tammy's birthday and had cake. Then finished with a "Guess the Name of the Movie" by listening to the theme music as administered by Carl.

For those still interested in "Deflate Gate", it's still going on. B describes it as "varying degrees of awful". Tonight they will be sleeping in the fellowship hall so that they can use the electric pump without waking up others. They have patched another hole. Sleepless nights and morning mood. You can only imagine. :)

Posted by U.P. Mission Team with

Holy week began yesterday with Palm Sunday. It is the week of the passion when we...